They’re back -and they want to be friends.

Where to begin? For those who haven’t been following the soap opera saga that has been unfolding at Canadian-based RoadTrek this year, the plot isn’t easy to summarize. There’s been board room drama, cast changes, rumors worthy of TMZ, bankruptcy, arrests, lawsuits, and three plants shuttered. Who would have thought our cheerful neighbors to the north would be capable of such American-style greed and corruption? In fairness, RoadTrek’s deception was small potatoes compared to the sort of scandals we expect here in the Land of the Free -WorldCom, Enron, Wells Fargo and Bernie Madoff all come to mind- but, still, for customers and employees of RoadTrek, 2019 has been a rough ride. To add insult to injury, RoadTrek was in the midst of a large recall for safety issues before they shut their doors without warning and sent everyone home. We covered the initial news in a two-part article Here and Here.

Today, RoadTrek is back in business. To make a long story short, the original RT filed for bankruptcy and their assets were put on the market by Canadian authorities. With an excellent reputation in the Class B motorhome segment (recalls aside), the brand name and assets available for a wholesale price were a tempting morsel for a long list of plungers (the Canadian authorities received 18 separate offers). After a thorough review, the grand prize was awarded to France-based Rapido -a French version of Thor (i.e. a lot of RV companies under one brand). 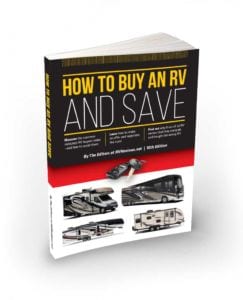 Rapido lived up to their name and moved quickly to un-shutter the main plant, hire 200 employees (hopefully, chosen from among the 850 that had lost their job originally) and began building new RoadTreks -same RoadTreks as before, but new. The current lineup should ring familiar for anyone that knows RoadTrek: the CS Adventurous, RS Adventurous, E-Trek, SS Agile, and the Zion. To put it another way, Rapido bought a respected restaurant from an owner accused of cooking the books and re-opened with the same menu and recipes. That’s fine with us, the problems at RoadTrek had nothing to do with the food.

The next phase was a bit trickier: a whirlwind “Good Will” tour to let people know that RoadTrek was back in business. This took some guts. There were a lot of people angry at RoadTrek and one would assume that those working the RoadTrek booth at the various fall RV shows certainly experienced some wrath from the attendees -even though Rapido had nothing to do with the original RoadTrek.

The mea culpas didn’t end there. RoadTrek (Rapido) had to visit their American dealers -many of whom had had their RoadTrek stock clawed back by Canadian authorities with no chance of refund from a company that technically didn’t exist anymore. In a statement that could only come from a PR department, the company put a cheerful spin on the visits: “As the business continues to get up and running, having the support of dealers behind us is imperative to our success. We’re excited to go out and meet them and show them the new Roadtrek.”

Perhaps sensing that it would take more than a hearty “Bonjour!” and a bottle of Beaujolais to smooth things over with the dealers, Rapido/RoadTrek pre-emptively announced that they would be honoring existing warranties for RoadTrek coaches sold by the previous owner. It’s worth noting that Rapido is under no obligations whatsoever to honor the warranty of a defunct company, but they desperately needed a way to restore some faith in the brand, and this will probably go a long way toward mollifying the masses -as well as the dealers.

This olive branch of peace is going to have some ramifications, though. RoadTrek will be swamped for a while with recall fixes and warranty work that has piled up over the course of the past year, but the deep pockets of Rapido should be able to handle the deluge, and then they can begin the actual business of being an RV manufacturer.

Today, the company is building (and accepting orders) as we speak, and a new RoadTrek website is up and active. A simple statement sits front and center on their homepage: “New Company. Same Iconic Brand.”

Rapido is a well-known and respected company (more so in Europe than in North America) and so far they’ve handled the resurrection of RoadTrek with the seasoned air of an old pro. They’re in for a tough 2020 as they build, sell, repair, and plan for the future all at once, but so far they’re proving to be the right team for the job. We’re not going to be automatically bestow them with the former high ratings held by RoadTrek, but we’re keeping an open mind and wishing them the best.