Now Is The Time To Purchase An RV

Depending on who you ask, the RV industry is either booming or collapsing. There are solid cases for both arguments. Traditionally, RV sales tend to rise and fall with the stock market and oil prices. Despite a lot of grim war news from the heart of Europe and undeniable signs of rising inflation (i.e. cost of living), the U.S. stock market has proven remarkably resilient. Oil prices, on the other hand, have surged –nothing makes Americans more skittish than a rise in gas prices. This time feels different, though. Understanding that we’re paying more at the pump to cut off Russia’s main source of income, many people are willing to pay a bit more to fill their tank if it means hitting Putin in the wallet. (Nothing brings people together like a common foe and it’s refreshing to see Americans aiming their anger at someone other than fellow Americans for a change, isn’t it?)

But when faced with a mixed bag of news like this, how do you know if this is a good time or a bad time to buy an RV? A strong stock market is a definite good sign. Inflation and high oil prices are bad –but temporary. It’s worth noting that we’re not dealing with an apocalyptic end-of-oil scenario, we’re dealing with a shuffling of logistics. With Russian oil temporarily persona non-grata, the world is scrambling to set up alternate supply chains, hence the rise in prices. The new chains may not be as efficient and cheap as Russian oil, but they’ll be more than adequate to meet the needs of the rest of the world for as long as necessary. In fact, the rest of the world can survive far longer purchasing oil from other sources than Russia can remain solvent without the life blood of their oil profits. 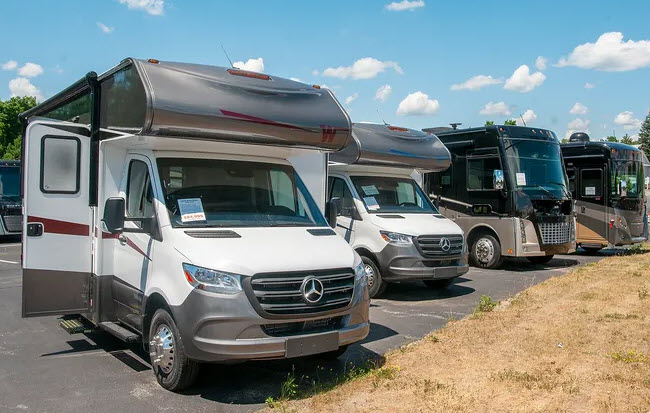 At some point the combatants in this squabble will negotiate a new border agreement that will probably leave them both unhappy but content enough to stop the fighting. After that, they’ll both be preoccupied for years as they attempt to rebuild from the damage. Ukraine will be tasked with literally rebuilding itself –and its cities, while Russia may have the harder role: rebuilding its public image in the eyes of the world. It’s going to take years –maybe decades- of stellar behavior before the world considers trusting Russia again. Happily, that’s Putin’s problem, not ours.

With nothing to offer the world in the way of durable goods or useful products (nobody ever brags about owning a Russian-built car, computer, or refrigerator), Russia’s only way to rebuild its image is with lots and lots of cheap oil. Not only is it their one real bargaining chip, but they’re also going to be in desperate need of massive infusions of cash following months of crippling sanctions. To put it another way, we anticipate that the end of the Ukraine-Russian war –and easing of sanctions on Russian oil- will result in a glut of oil suddenly hitting the world market, followed by a swift decline in oil prices. And absolutely nothing boosts RV sales (and RV prices) like falling oil prices.

So the takeaway for today is this: Due to sanctions on Russian oil, oil prices are high, which is hurting RV sales. Slow RV sales cause RV dealers to offer bigger discounts and incentives to buyers –this is where we are right now. A cease fire and end of war in Europe will quickly lead to a return of Russian oil on the world markets, followed just as quickly by a collapse of oil (and gas) prices. For those ahead of the curve, buying an RV now –DURING a time of high fuel prices- should result in significant dealer discounts and a wide range of choices. Assuming that the Russian debacle winds down in the next two months*, new RV owners could be in for a very affordable summer of travel.

*This is not an arbitrary timeframe. This is the length of time those familiar with Russia’s economy have predicted that Russia can continue to remain solvent under the current sanctions. For better or worse, Russia DESPERATELY needs to have this mess wrapped up within the next 60 days. Don’t be surprised if one of the conditions of a truce is Russia’s insistence on the immediate removal of sanctions on Russian oil. Also, don’t be surprised when the rest of the world immediately agrees. 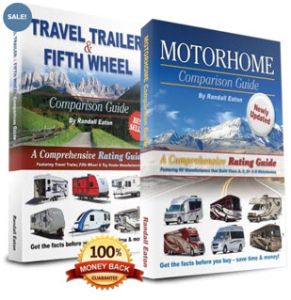 Buying an RV at a discounted price is only a good deal if you’re buying a good RV. For 20 years, RVReviews.net has helped thousands of RV buyers buy the best RV for them –at the best price. Our newly updated 2022 editions are now available in printed and e-book versions. Check us out today: RVReviews.net 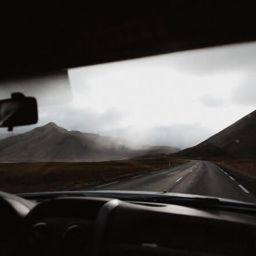 4 Top Tips: Buying an RV during a pandemic

An interesting thing happened the other night as I watched TV. A car commercial came on with some grainy 1950s…