We’ve noticed an increase in factory recalls recently and we think that’s a very good thing. Interviews with some manufacturers that we trust have convinced us this is a pre-emptive attempt to head off potential problems before they become significant –for all involved. 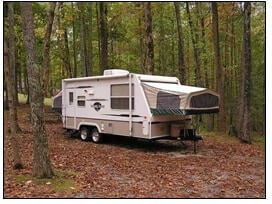 In years past, RV manufacturers as a whole tended to keep known issues in-house and corrections tended to affect only those units still coming down the line. Existing owners already on the road were left in the dark until the flaw presented itself –usually at the worst possible time (i.e. on vacation, hundreds of miles from home). Factory assistance after the fact tended to start from the point of view that the owner was negligent in some way and repairs would be authorized only after significant documentation and discussion. Put another way, manufacturers would suggest the problem was the fault of the user, even though they knew their own design or component was defective. This gauntlet of assumed guilt until proven innocent resulted in many owners paying for their own repairs just to get back on the road but it was a bitter pill for many.

Behind closed doors I assume the acknowledgement of an unsafe or defective design would have been considered bad press and a wide-sweeping recall a financial catastrophe. Playing it close to the vest and simply stalling an affected owner until they gave up or waiting for the problem RVs to fall out of warranty and the problem to pass to the owner paid off, too –at least from an accountants’ point of view.

The internet in recent years changed all that, though. Angry owners now had a way to vent to a wide-ranging audience and significant complaints tended to collect in blogs en masse like fallen leaves blown into a fence. One report of faulty brakes on a website has minimal impact on anyone, but eighteen reports from across North America about faulty brakes on one specific travel trailer? Prospective buyers took note and the manufacturers found themselves for the first time on the defensive. Previously an unhappy owner in Des Moines and an unhappy owner in Miami had no way to compare notes. Now they did –and prospective buyers were welcome to sit in on the discussion.

To make a long story short, manufacturers were forced to come clean. Despite the fact that this was done under extreme duress, RV manufacturers are now much more forthcoming about existing problems and repairs are often initiated by the factory and repaired at the owner’s convenience by their local dealership –just like in the auto industry.

I’ve long been vocal in my opinion that RV factories should be taking more cues from the automobile manufacturers regarding quality control, fit and finish, and defective product. The automobile industry itself was an unorganized mess in its infancy, chock full of boutique builders with erratic quality and fit and finish that varied alarmingly. Sadly, this is where much of the RV industry still is.

The public forum of the internet is changing that, though, and manufacturers with sloppily built RVs or poor customer service are increasingly being backed in to a corner. Some are adapting, and improving, and others have fallen –and will continue to fall.

With that being said, I would like to suggest that everyone who currently owns (or is in the market for) an RV, new or used, do a search on their unit and review any known recalls before heading out on their next trip. It costs nothing, takes mere minutes, and the peace of mind alone will make it worth your while.

You can either do a Google search (“2015 Heartland Big Country 3150RLW Recalls” for example) or go to a site specializing in recalls. We often use wemakeitsafer.com in writing our reports and have found them to be very thorough. Just type in the make/model/year and click Search.

Existing owners should receive recall info in the mail when applicable but we don’t have a lot of faith in this approach at this time. Check for yourself and do it soon. Okay?

That’s all for today, folks. Not one of our fun articles, I know, but I hope you understand.

Still in the market for your perfect RV? Our Comparison Guides and various Packages can help you avoid a lemon and save considerable money on your purchase. Check us out today: RVReviews.net. Want to find out what our existing customers have to say? See our NEW “Testimonials” tab.

Our next article will return to form with my own recent misadventures involving commercial air travel and all the delights today’s flier has come to expect.